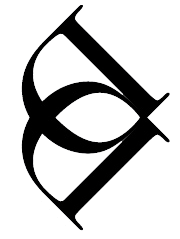 The housing market has been defying forecasts during the COVID-19 pandemic. Initially, home sales nose-dived for three consecutive months during state shutdowns. But by June, a “remarkable housing recovery” took hold, and real estate bounced back with a vengeance, Lawrence Yun, chief economist for the National Association of Realtors ®, said during NAR’s virtual 2020 Leadership Summit. One-third of Realtors® say they’re busier this summer than they were a year ago, according to a recent NAR survey. It’s a sign that even under the weight of compounding national crises—the pandemic, skyrocketing unemployment, racial inequality, and a recession—the housing market is likely to remain strong. The market is on the upswing of a “V-shaped recovery,” Yun said, with sales about 10% higher than a year ago. Yun made other observations about how the housing market is faring. Inventory is 20% lower than a year ago, but buyer interest remains high, Yun said. New-home construction could alleviate shortages, but activity has fallen under historic averages for the past decade, he added. Yun predicted the housing market will remain robust in the months ahead, saying home prices will grow 3% to 5% by the end of 2020. Next year, he predicted, home prices may increase 2% to 3%. Due to the spring dip, home sales likely will end the year down 2% to 4% compared to the previous year. But that’s “remarkable,” Yun said, considering the toll of the pandemic. Home sales will ramp up again next year, Yun said, increasing between 8% to 12%. Source: NAR

Despite high unemployment numbers, nearly two-thirds of buyers recently surveyed say they’ve been able to save more money for their down payment due to the shelter-in-place orders this spring. Combined with low interest rates, more house hunters say they’re stretching their budgets and searching for larger homes in pricier neighborhoods this summer, according to a new survey from realtor.com®, reflecting responses from 2,000 consumers who plan to purchase a home in the next 12 months. Thirty-eight percent of home buyers recently surveyed say they have increased their target price range since starting their home search. Further, 41% of buyers say they are looking to buy sooner because of the COVID-19 pandemic. "While the health and economic impact [from the COVID-19 pandemic] has been significant, the U.S. housing market has remained surprisingly resilient, and consumers continue to view home ownership as the foundation of the American dream,” says George Ratiu, realtor.com®’s senior economist. “Home buyers remain steadfast in the main attributes they seek--three bedrooms, two bathrooms, and a garage. However, the quarantine has made people rethink where and why they want a new home." Indeed, garages are becoming more popular. Buyers called garages one of the most important home features, according to the survey. Also, renovated kitchens and large backyard spaces ranked among the top features buyers wanted in both the spring and summer surveys. Also, 84% of buyers say they are looking for a move-in ready home. Source: realtor.com®

Households happy with their homes before the pandemic have grappled with the compromises they made during the home shopping process. That has sparked a wave of buyers emerging as stay-at-home restrictions lifted—and many of those households have decided to trade up. Prior to the pandemic, house hunters were focused on amenities such as granite countertops, stainless steel appliances, and hardwood flooring, among the most popular keywords a year ago, according to Point2Homes, an online real estate marketplace. Since the pandemic, house hunters are now focused on more space and outdoor features—and not showing any willingness to compromise on them, according to a new survey from Point2Homes, which analyzed more than 1,600 home searches at its site. Buyers are armed with a set of priorities and a willingness to pay a higher price to get everything they want, the survey shows. The top priorities for buyers now center around square footage and living space, floor design, and outdoor spaces, such as swimming pools, the survey shows. “One home feature seemed to be even more important than abundant square footage: Floor plan design and efficiency; or in other words, more walls and more separate rooms,” researchers note. Buyers are on the hunt for more bedrooms and more bathrooms. Searches for homes with three- and four-plus bedrooms are surging. Source: Point2Homes